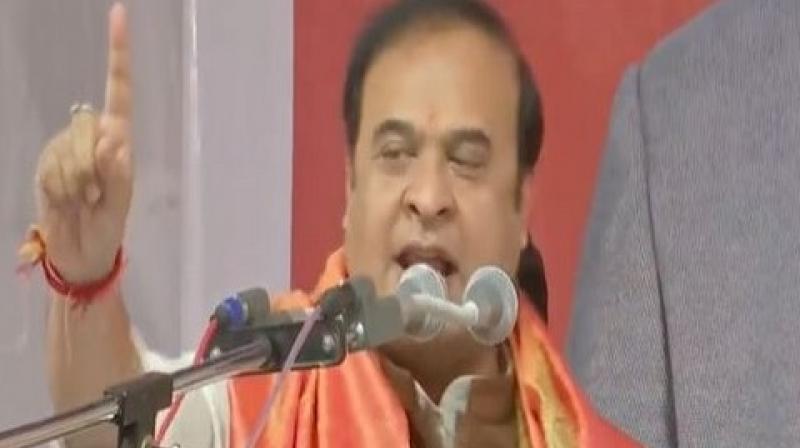 Warangal: Assam Chief Minister Himanta Biswa Sarma beat AIMIM chief Asaduddin Owaisi in Telangana on Sunday and said the day is not far off when Owaisi’s name along with Nizam’s will be forgotten. forever in the same way that Article 370 was discarded in Jammu and Kashmir.

Addressing a program in Warangal in support of unemployed teachers and youth, Assam’s chief minister said: “The way Article 370 was ruled out, construction began on Ram Mandir … here too the name of Nizam, the name of Owaisi will be forgotten forever … that day. it is not far away “.

“India’s history says that Babur, Aurangzeb and Nizam cannot live long. I am sure Nizam’s legacy will come to a complete halt and a new culture based on Indian civilization will emerge,” Himanta Biswa said.

He also said that people believe in Prime Minister Narendra Modi and that they want to make Telangana a new state.

“The love and support of the people inspires me to return to Hyderabad. I will return in 2023, when the BJP government swears in the state. People believe that with the support of Prime Minister Modi they will make a new state.” . said the BJP leader.

Sarma said that from May 1 to 10, the Assam government will employ a thousand people, as promised by Prime Minister Narendra Modi during the election campaign.

Criticized Telangana Chief Minister K Chandrashekar Rao for not offering jobs to the people of the state, he said: “My state is a small state. Telangana’s GDP is 9 billion billion Assam’s GDP is $ 3.5 billion, but we’re working hard. During the election campaign, our BJP leaders said that within a year a lakh of employment to the people of Assam, but that people forget after the election as KCR forgets its promise to give two thousand jobs.Today I am telling KCR that I should look at the news and see I will employ a thousand people in Assam from May 1 to 10. We will keep our promise. “

“Whenever a dictator becomes prime minister or prime minister, there is an emergency situation in the country … We must continue to fight and it will result in the creation of a new Telangana. Here the dictatorship will not work,” he added.

On Twitter, he had previously said that the people of Telangana are fed up with the bad government of the TRS government and long for change.

“The enthusiastic reception in Hyderabad showed how the people of Telangana are fed up with the bad governance of the TRS government and yearn for change,” he said.

Today, the Prime Minister of Assam arrived in Hyderabad and was received by the President of BJP Telangana, Bandi Sanjay Kumar.

“Humiliated by the emotional welcome I received at Hyderabad Airport. As BJP Telangana President Shri Bandi Sanjay Kumar ji greeted me inside the airport, thousands of BJP Telangana Karyakartas lined up at the ‘outside singer‘ Bharat Mata Ki Jai ’,” he said in a tweet.

When Divya Dutta Met Salman Khan During Her Summer Vacation

Black pepper: healthy or not?