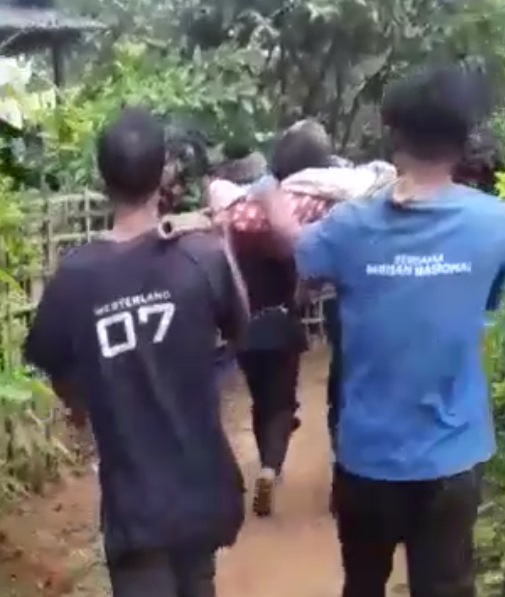 Our Correspondent
Wokha, 4 July (EMN): In an unfortunate ordeal on Thursday, a sick man from Yimpang village in Wokha district was carried on a stretcher made of bamboo to Assam due to lack of road connectivity.

Although there is a Primary Health Center (PHC) at Yimpang, the absence of a medical officer at the time left the family members and villagers with no other option but to take the man on the stretcher to receive medical help.

It was reported that the man was carried on foot for around five kilometers towards Kolajan, Assam, the nearest place with road connectivity, and was later taken to Dimapur for treatment.

Yimpang Village Chairman, Samuel Yanthan, told Eastern Mirror that the medical staff were not in station as the PHC is currently under construction and is temporarily not functioning.

He said that roads are becoming ‘worse’ with water logging in the area, despite maintenance and work done by the workers. I lamented that such a scene is a common sight for the people of the area.

Around 18 kilometer stretch of the PWD road from Bhandari to Yimpang village is a herculean task for anyone who travels the road during the rainy season. There are few roads which connect Yimpang but all the connections are just seasonal, informed the villagers.