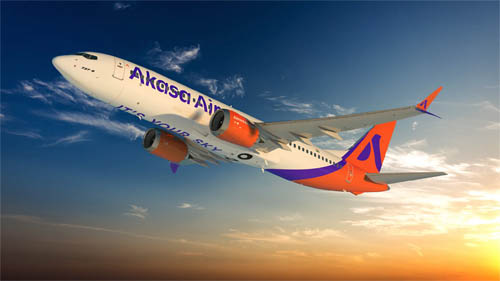 Our Reporter
Dimapur, Aug. 18 (EMN): A total of 425 new air routes have been initiated under the UDAN (Ude Deshka Aam Nagrik) scheme since the launch of its first flight on April 27, 2017, and more than one crore passengers flown since the inception of the scheme.

In the last five years, UDAN has significantly increased regional air connectivity in the country. There were 74 operational airports in 2014 but under the UDAN scheme the number has increased to 141 by now as per Minister of Civil Aviation, Jyotiraditya M Scindia.

Scindia said that with 68 underserved/ unserved destinations which included 58 airports, eight heliports and two water aerodromes have been connected under UDAN scheme aiming to touch 100 airports and with 425 new routes initiated under the scheme adding it has provided air connectivity to more than 29 states/ UTs across the length and breadth of the country.

According to the minister of Civil Aviation, 220 destinations (airports/ heliports/ water aerodromes) under UDAN were targeted to be completed by 2026 with 1000 routes to provide air connectivity to unconnected destinations in the country and out of which 954 routes have already been awarded to connect 156 airports.

The scheme was initiated on October 21, 2016, with the objective to fulfill the aspirations of the common citizen by following the vision of ‘Ude Deshka Aam Nagrik’, with an enhanced aviation infrastructure and air connectivity in tier II and tier III cities.

CM returns to his ‘defiance’ ground in Rolu: ‘Bringing CBI to...